GMV Martini SPA lift company was founded in 1958. Today, it is the world’s largest manufacturer of hydraulic components for lifts and service lifts. More than 800,000 systems worldwide are operated with the GMV technology installed on board. A number that increases by thousands of units every year. Among the products manufactured by GMV in its factories, you can also find doors, cars, slings, motors for electrical systems and many other components. Today, GMV is known all over the world also for its quality production of fully equipped systems, and is among the few companies in the world, if not the only one, to manufacture both hydraulic and electric drives for its own systems in its factories. GMV products are currently chosen not only by independent lift technicians from around the world, who take care of their installation and subsequent maintenance, but also by some multinational companies, proud to put their names on GMV lifts and other products.

The GLOCAL formula is a combination of two factors. On the one hand, a company like GMV, operating in the global market and investing, on a regular basis, in research and development and economies of scale, so as to offer technologically advanced products. On the other, the installation, services, expertise, proximity, flexibility and cost-effectiveness guaranteed by LOCAL lift technicians, working as our partners. This formula has long been successfully adopted in many other strategic sectors of the global economy, where customer service is a key factor. For example, the refrigeration and/or automotive sectors, but also the construction sector, where manufacturers (for example of boilers) work separately from installers/ maintenance technicians (trusted partners).

The fact that GMV deals only with production activities and not also with maintenance dissipates any conflict of interest, which, otherwise, may exist in a company manufacturing and maintaining the same product. 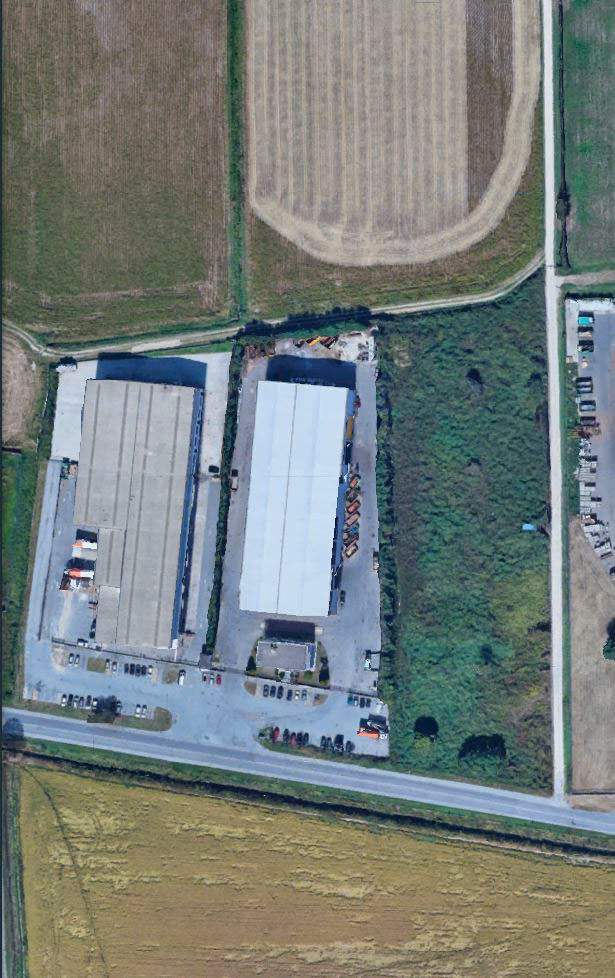 1958
GMV was founded in Milan by Angelo Martini, its current President.

1960/1966
At the beginning of the 1960s, the first prototype of a central direct drive piston was developed. Production activities were launched with 100 hydraulic systems per year.

1971
Following the exponential increase in sales, GMV moved to Pero (Milan) where its modern factory is located. Within a few years, production increased from 600 to 5,000 hydraulic systems per year.

1972
This date is particularly important for GMV. As the 2: 1 ratio system was invented, a whole new market sector opened up to hydraulics: the passenger system. GMV was the first to present, on the Italian market – and then in Europe and worldwide – hydraulic lifts as a technical and less expensive alternative to electric lifts widely used at the time. It was a success, as hydraulic lifts currently account for 20% of the market for new systems in Europe and 75% in North America.

1976
As dictated by the market, the company started developing and manufacturing telescopic cylinders in its technical departments in Pero.

1992
The company continued to grow and purchased the Novara plant. Requests for GMV products started to come from all over the world.

1993
A new production site was opened in Sweden, with a focus on the manufacture of telescopic cylinders.

1998
The company launched the SL (Slim) cylinder and power unit line, which offered better performance and allowed to reduce the amounts of oil required for the hydraulic system.

2000
With its new line of Green Lift Coordinated Components, GMV offered all lift technicians the opportunity to design their own lifts with no hydraulic machine room.

2003
The MRL-MC Green Lift line by GMV was a success. These lifts had no machine room, as the machine was placed in a cabinet outside the shaft.

2004/2006
GMV designed an innovative electronic valve for hydraulic lifts which improved the ride quality and lift performance while reducing consumption and the installed power, at an affordable price.

As required by the market, GMV launched the Green Lift line: clifts characterised by an electronic valve with digital technology for improved performance, DRY power units with non-immersed motors to reduce consumption, and eco-friendly fluids with improved characteristics compared to traditional mineral oil to reduce the environmental impact of its products. GMV also developed new products for the Fluitronic Green Lift line: lifts with no machine room (GLF MRL-T) and with smaller pits and/or head rooms. At the same time, GMV developed the Gearless Belt technology and launched its Gearless Belt Green Lifts, with asynchronous motors without permanent magnets, specially designed for lifts serving more than 6 floors. 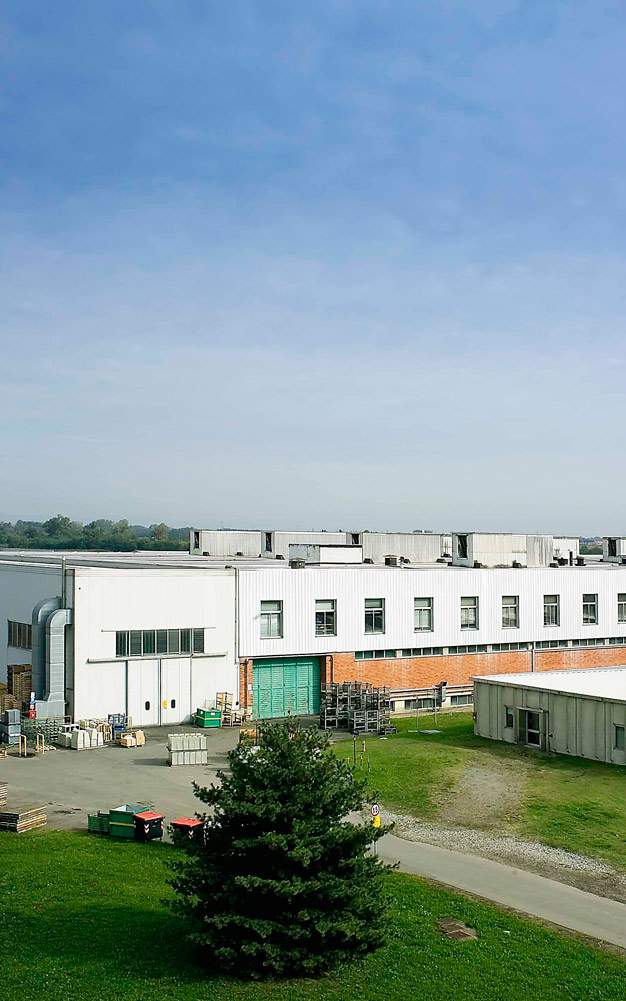 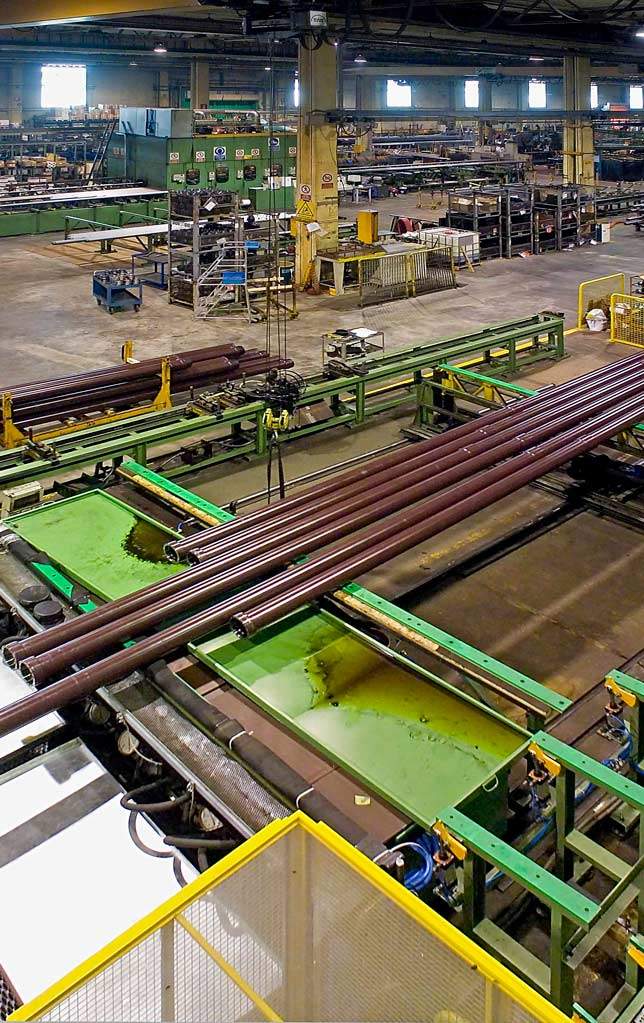 GMV launched the NGV EK (Easy Kit) power unit, an element capable of modernising a lift in no time, improve comfort and energy efficiency without intervening on the control panel.

The DRY NRGS (Energy Saving) power units, which allow, with the same payload, to have an installed power reduced by 4 ÷ 9 kW 4 ÷9 kW, were marketed for the first time.

GMV IN THE WORLD

Today, GMV operates in 20 countries around the world through its own local companies or distributors and production plants in 3 continents, covering an area of over 20,000 m2.

For over half a century, designers and architects from all over the world have been using GMV components for designing their lifts, perhaps without even realising it.